Office of the Vice President for External Relations and Internationalization (OVPERI)

Office of the Vice President for External Relations and Internationalization (OVPERI) 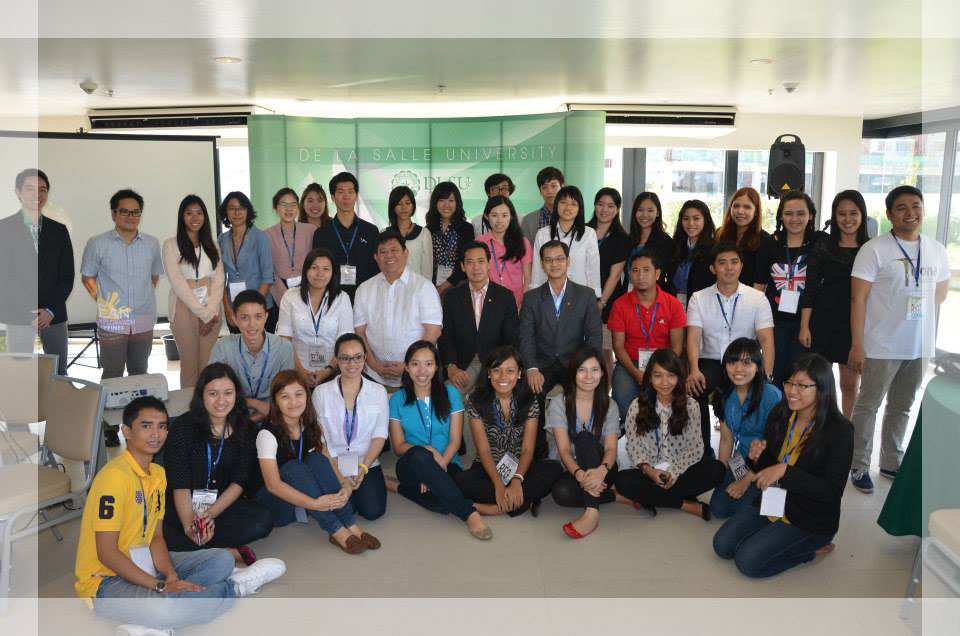 In 1968, De La Salle College was admitted as a member of the International Federation of Catholic Universities (IFCU), and was later admitted as a member of the International Association of Universities.
The Office traces its roots with Bro. Paul Hebert, at which time the functions of the office included Sports Development, Institutional Communication Office, University solicitation, faculty and student exchange agreements. He later passed on the responsibilities to the Senior Vice President for External Affairs Dr. Wilfrido Villacorta.

One of the first exchange professors with Waseda University ofJapan was the former History-Political Science Department Chair Aurelio B. Calderon. He was followed by Prof. Marcelino Foronda, while our very own Secretary of Education Bro. Andrew Gonzalez FSC was the third faculty exchange participant in June, 1977. Bro. Andrew Gonzalez FSC gave a series of lecture on linguistics with the Institute of Social Sciences in Waseda University. The counterparts who stayed in De La Salle University were Prof. Teichi Wada and Prof. Mitsuru Uchida. In 1983, scholarships from the Japan Ministry of Education, or the Monbusho scholarships were first offered to both Filipino undergraduate and graduate students. Fields of study available included Japanese Language, Social Sciences, Humanities, and Natural Sciences. The Office of External Affairs was responsible for coordinating this activity.
In 1988, an academic agreement inked with Hannam University, Korea was kick started by a Faculty Workshop for 10 senior faculty member of Hannam University. This was sponsored by DLSU-Manila’s Department of Languages and Literature of the Graduate School of Education, Arts and Sciences in cooperation with the Department of Literature and Department of Languages of the College of Liberal Arts.

In January 1992, another agreement was forged with the Shanghai University of Finance and Economics. On the following year, the National Yunlin Polytechnic Institute and Feng Chia University of Taiwan also forged an alliance with De La Salle University.
As the University began to extend its wings towards achieving a well-balanced international caliber education, it gave way to the need to set up an office, which will focus more on the exchange and linkages services between De La Salle University and its growing sister universities across the globe. So in 1993, the office was then transferred to Bro. Bernie Oca FSC, who was the Vice President for External Relations.

In 1996, the External Linkages Office was given birth when Bro. Bernie Oca FSC was transferred as the President of De La Salle Green Hills. The ALO had its first director in the person of Ms. Luz Suplico, who was the Chair of the Marketing Department of the College of Business and Economics.

Also in the same year, the following universities signed up a Memorandum of Agreement with DLSU-Manila which included: Gammasonic Institute for Research and Calibration of the University of Wollongong in Australia, Chung-ju National University, South Korea, California State University in Hayward, California, and Universidad La Salle, Mexico.

In April 1997, Ms. Suplico passed on the torch to Mr. Benison Y. Cu, the Vice Chair of the Marketing Department who is spearheading to date ALO and its various activities.

In the pursuit of further internationalizing the educational standards of De La Salle University, more academic linkages were put up to service both faculty and student foreign exchange exposure of the university. These included: Eindhoven University of Technology, Netherlands, National University, Singapore, Arkansas Tech University, USA, and Ritsumeikan University, Japan.

From 2009 to 2011, the office was under Prof. Arnulfo Azcarraga. He was able to intensify internationalization of the university by increasing the number of faculty and student exchange. In May 2011, the Office of Associate Vice Chancellor for External Linkages evolved into the Office of Executive Vice President for External Relations and Internationalization spearheaded by Dr. Alvin B. Culaba. The ERIO is divided into two centers namely the Center for Global Engagement and the International Center. The Center for Global Engagement handles academic relations and linkage programs with international and local institutions/organizations and industry, and relations with stakeholders, and international engagements. The International Center on the other hand handles global education and exchange programs, linkages with embassies, program development, service management and advisory for international students.

ERIO is an administrative office under the Office of the President and Chancellor of De La Salle University that provides mechanisms to expose Lasallians in various engagements especially to the global community to strengthen the University’s core values of faith, service and communion.

With this, ERIO also internationalize the ideas and perspectives of the academic community, open better understanding in cultural diversity, and nurture the students and faculty to compete in the increasing globalized world.

ERIO serves as the primary channel of the University that accepts and scouts highly exceptional partners to perform well the vision-mission statement. It has two divisions namely, Center for Global Engagement that manages the external affairs and international engagements; and International Center that handles the internationalization of Lasallian community focusing on the students’ vitality.

It is envisioned that La Sallians shall become global citizens, who think globally while acting locally, and for DLSU to attain global presence in scholarship and international engagement.

To attain this vision, De La Salle University, through the Office of External Relations and Internationalization, shall engage La Sallians in meaningful and productive scholarships and international engagements through strategic plans, and world-class programs and support mechanisms.

Office of the Vice President for External Relations and Internationalization